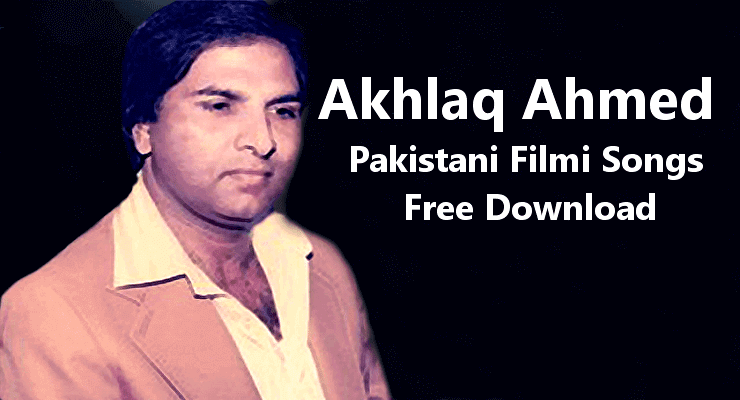 Akhlaq Ahmed Pakistani Singer was a great Artist in the History of Pakistan. He sang a lot of great Filmi Music songs in the Pakistani Film Industry, he was a great legendary Artist and he created a great name in Pakistan Music. Akhlaq Ahmed sang Pakistani Folk Music, Pakistani Classical Music, and Pakistani Pop Music.

You Like Also: Ahmed Rushdi, A. Nayyar, Mala Begum, Mehnaz Begum, Masood Rana
He started singing in Pakistani Filmi Mousiqui. His song tally is under hundred songs. He enriched the world of music and enthralled the audiences with his masterful artistry he was very popular with his great talent, and he is well known and famous among the masses.
Listen to Download Akhlaq Ahmed Pakistani Songs
Akhlaq Ahmed and his singing style in Urdu Ghazals Popular Music was a hit and people liked his songs forever. He was the Super Hit Hero of Pakistan and her singing style is very different from other singers, such as Sonu Nigam Indian Filmi singer who has sung a lot of Pakistani songs of Akhlaq Ahmed. I have selected below the most popular Filmi Songs of Akhlaq Ahmed.

Akhlaq Ahmed was born on 10 January 1946 in Dehli. He was a member of a famous singing group from Karachi with two other Artists, Film Playback Singer Masood Rana and Film Actor Nadeem. Akhlaq.
Akhlaq Ahmed was a prominent playback singer in the Pakistani Film Industry in tenure of 1970 and 1980.  He was very popular after he sung “Sona Na Chandi Na Koi Mahal” in Film Bandish (1980), and also he sung “Sawan Aye Sawan Jaye” in Chahat (1974). This great Artist died on 04 August 1999 due to Blood Cancer in London.