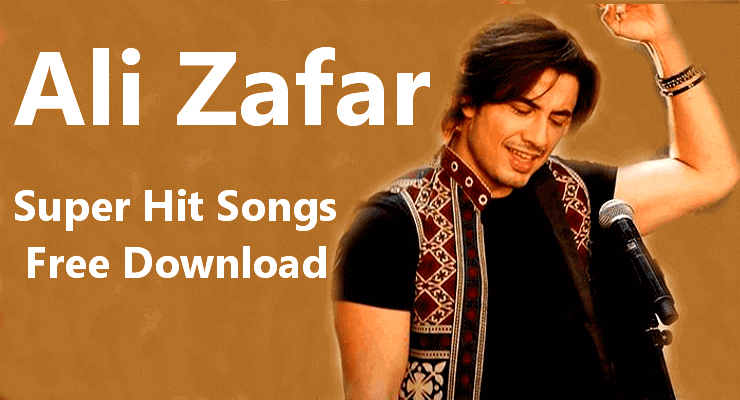 Ali Zafar is the most popular Pakistani Pop Music, and Bollywood Music Singer. He started his career as a Music Composer and gained popularity with his single “Channo” from his popular Album “Huqa Pani“. He is great Folk Music, Pop Music Singer and he got a lot of Awards.

Ali Zafar also worked in several Films including “Mere Brother Ki Dulhan“, “Chashme Baddoor” and “Dear Zindag”. He got five Lux Style Awards and a Filmfare Award.  Ali Zafar had performed an item number “Six Pack Abs” in the sequel of his 2010 Film “Tere Bin Laden”  “Tere Bin Laden: Dead or Alive”, which was released in 2016.
Ali Zafar also performed two songs for Pakistan Super League, the first one was the Anthem for the first season of the League, and the other was the Anthem for the franchise of Islamabad. Ali Zafar has sung Pakistani Songs, Pakistani Filmi Music, and Bollywood Songs with love and heart, and also he is a master of music that goes to put affects the spirit of every person. I have selected the best popular Pakistani Songs by Ali Zafar.

Ali Zafar his original name is (Ali Muhammad Zafar) was born on 18 May 1980 in Lahore Pakistan, He is a great Pakistani Actor, Singer-Songwriter, and Musician, he create a great name in Pakistan Music.
Ali Zafar started out on Pakistan Television after he established his career in Hindi Cinema and he is successful in Bollywood Films.  I have selected the above most popular Pakistani Pop Music and Bollywood Filmi Music of Ali Zafar.