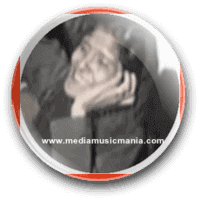 Begum Faqeerani Sindhi Classical Music Singer. She was great Sindhi Music Artist. She has sung lot of great songs, Sindhi Lok Geet, Sindhi Sehra.
She was created great name in Sindh Music. She has sung Sindhi songs with her sweet sound was affected on hearts of the peoples in the past, she sung some great songs on her tenure of the singing. Specially she has sung the poetry of all Sindhi Poets. She was Popular Old Classical Music Singer  of Radio Pakistan Hyderabad. She had sung very popular songs of different Sindhi poets such as  poetry of  Hazrat Shah Abdul Latif Bhittai R.A and other Sufi poets of Sindh. She was great artist and she sung in open Mehfils, Mela, and Shrines of Burzrig’s. Begum Faqeerani specially sung a songs in old style in the Grassroots areas of Sindh territory of Therparker Sindh and other local areas. I have selected below most popular Super Hit Sindhi Classical Music of Begum Faqeerani.

Begum Faqeerani was most popular and famous Artist of Radio Pakistan and Pakistan Television, she sung some legendary songs, which still most popular it has been past long time, people of Sindhi like old Sindhi Classical Mousiqui. Begum Faqeerani was very great singer of Sindh and her name was popular in Sindhi old Classical Music. She has sung Sindhi Sufi Music, and she was expert Sindhi Singer such as Sindhi Cultural Music, Sindhi Folk Music. Sindhi peoples never forget their old singers such as Begum Faqeerani.