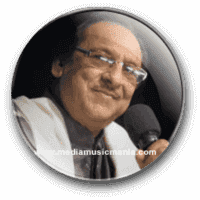 
Ustad Ghulam Ali Pakistani Ghazals Singer. He was born on 04 December 1940. He is considered to be one of the best Ghazal Singer. His style and variations in singing Ghazals has been noted as unique, as he blends Hindustani Classical Music with Ghazals, unlike any other Pakistani Ghazals in Urdu artist.

Ustad Ghulam Ali is very popular in Pakistan, India, Nepal, Bangladesh, as well as among South Asian diaspora in the USA, the UK and the Middle Eastern countries. Ghulam Ali has sung many of his hit Urdu Ghazal have been used in Bollywood movies.  I have selected below Ghazals Music of Ustad Ghulam Ali.

His famous Ghazals are “Chupke Chupke Raat Din“, “Kal Chaudhwin Ki Raat Thi“, and others. His popular album “Hasratein” was nominated in the Best Ghazal Album category at Gima 2014.