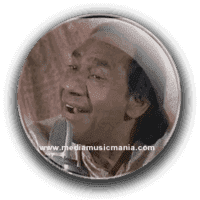 He is an extraordinary composer and has set many Ghazals to music in a very poetic way that can only be understood through experiencing one of his concerts. Ustad Hussain Bakhsh Gullu traveled to Europe, North America and frequently to India where he regularly performs to high level.
Classical Music Download:➤Imran
Niazi ➤Atta
Muhammad Niazi ➤Nooran
Lal ➤Saiyyan
Choudhary
➤Tahira
Syed ➤Tina
Sani ➤Suriya
Multanikar ➤Mansoor
Malangi ➤Atta
ullah Khan Essakhelvi  ➤Gul
Tari Khelvi

He was awarded the Chandigargh award for music by the Chandigargh Club, India and he is  regular singer of  Radio Pakistan and Pakistan Television. He is  a great performer and is equally convincing in his delivery of Indian Classical, Thumri  and Pakistani Ghazals in Urdu.  Ustad Hussain Bux Gullu is son of renowned Artist Ustad Nathu Khan.   I have selected below most popular Music of Ustad Hussain Bakhsh Gullu.

He gave outstanding performance in Indian Classical, Pakistani Folk Music, Punjabi Songs and Thumri Light-Classical and Ghazals. He has created a new style of Ghazal singing which brings out the best elements of Classical Music, Ghazals and Thumris.