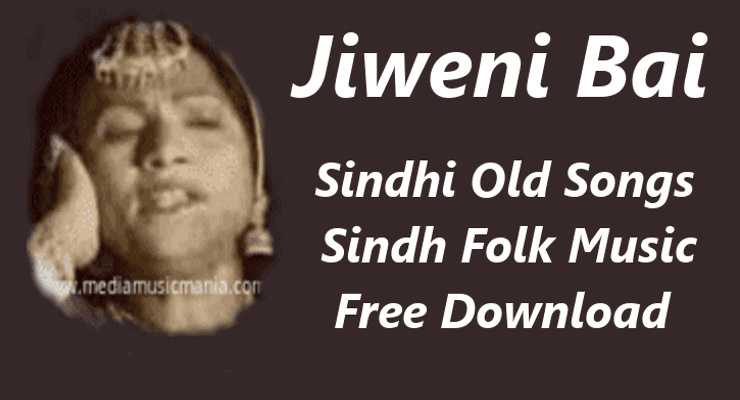 Jiweni Bai Sindhi Old Classical Music Singer. She was born on 22 January 1901 in Rajpootana Near Bhelwara Village in India, later in 1918 she shifted to Multan Pakistan. After that she permanently shifted to Hyderabad Sindh, she was first Woman of Sindhi Folk Music Singer. She got training from Ustad Umaid Khan, still she is very popular in Sindhi Old Music.

Jewini Bai accepted Islam in 1928 in respect of Sufi Buzrig Syed Saleh Shah in Ranipur Sindh.She was most famous and sung Sindhi Songs and she create great name in Sindh Music. Jiweni Bai had sung great songs and she is still most popular in all over Sindh.
She had sung Sindhi Songs, such  as Sindhi Lok Music, Sindhi Sehra, Sindhi Sufi Kalam’s. Her sweet sound was affected on hearts of the peoples in the past time. We Sindhi people never forget Jeweni Bai. When we listen her sweet sound our hearts goes to the memory of Jewini Bai. I have selected below super hit Old Sindhi Songs of Jiweni Bai.
She was most demanded Artist of Radio Pakistan Hyderabad in past time. She had sung very popular songs of different Sindhi poets such as  poetry of  Hazrat Shah Abdul Latif Bhittai R.A and other Sufi poets Sindhi Songs Old is Gold .
She was great artist and she sung in open Mehfils, Mela, and Shrines of Burzrig’s.  She got great performance in Sindhi Music and she got Monogram Award. This great Legendary Sindhi Classical Music Artist was died on 05 June 1942. I have selected below most popular memorable Music  of Jiweni Bai.