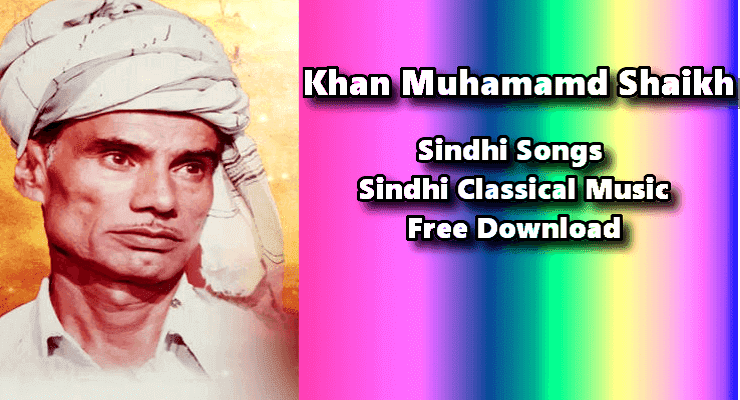 Khan Muhammad Shaikh was a very great name in old Sindhi Folk Music. He performed well and his wonderful singing style gave him great respect all over Sindh, he was the artist of the Sindhi people.
His great sweet sound and especially in a new style, he was the first singer of Sindhi Music he has sung Dastan with great musical Technics.
What a stylish singer Khan Muhammad Shaikh, we remember in our hearts all time. Sindhi Old Music listeners like Khan Muhammad Shaikh.

His singing style takes place in a live setting, perhaps at an open-air “Mehfil” in “Aotaq” and he played also in Mela and Marriage Ceremonies. He introduced Sindhi Lok Dastan playing style in Sindh, his song with a spot of wonderfully communicative.

Khan Muhammad Shaikh Sindhi Dastan Music singer, he was from Province of Sindh, and he was the most popular Sindhi Classical Music Artist.
He was a legendary Artist of Sindh, in the old-time, and he had sung the most popular Sindhi Kalam, Narrated Dastan Songs in the Sindhi language.
Khan Muhammad Shaikh was called a master of  Sindhi Classical Music, he had sung great songs in different languages such as Sindhi and Urdu. Sindhi  Folk Music with a great style of different “Sur” and he sung lot of Sindhi poets.
Such as he has sung “Hazrat Shah Abdul Latif Bhitai R.A“, “Hazrat Sachal Sermast R.A“, “Hazrat Sahib Dino Shah R.A” and others.
His performance and style of singing were great and he was the most demanded artist in the tenure of 1970 to 1990. He was called a legendary master artist and Classical Mousiqui of Sindh.