Kumar Sanu Legendary Indian Playback Bollywood Music Singer. He is the most popular and most demanded Bollywood songs Artist. He has sung a lot of great songs in Hindi and other languages.

In 2009 Government of India awarded him Padma Shri, India’s fourth-most elevated civilian personnel respect, in acknowledgment of his accomplishments. Kumar Sanu begin his career in 1986, with the Bangladeshi “Film Tin Kanya“, which was directed by Shibli Sadiq. 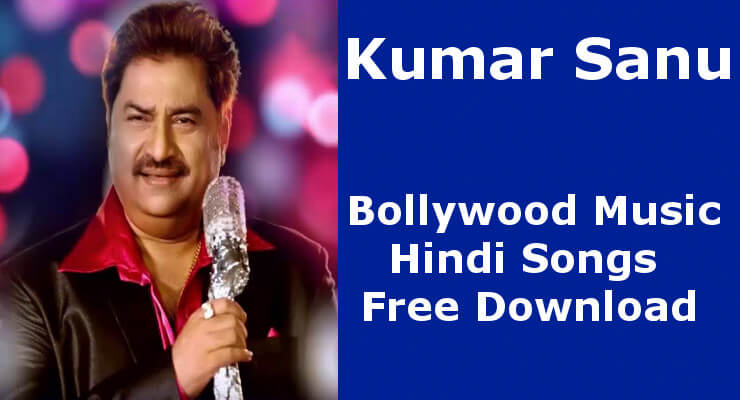 After that  Music Director and Singer Jagjit Singh offered Kumar Sanu the chance to sing in the Hindi “Film Aandhiyan“, which was released in 1990. Kumar Sanu had his first major Bollywood song in  Film “Vardi 1989”.
Kumar Sanu has sung great songs in most popular movies such as the Film “Aashiqui 1990”. Film  “Saajan 1991”, “Film Phool Aur Kaante 1991“, Film “Dil Hai Ki Manta Nahin 1991”, Film “Sadak 1991”, and also he sung other lot of super hit Bollywood movies.  I have selected the most popular Indian Hindi Music of  Kumar Sanu.

Kumar Sanu was born on  20 October 1957,  his original name is Kedarnath Bhattacharya, he is a Legendary Indian Playback  Singer, and create a great name in Indian Music.
Kumar Sanu is well known for rendering his voice in Bollywood Movies in 1990 and mid of 2000. He holds the Guinness Book world record for recording the most songs in 28 days in the year 1993. He was granted the Filmfare Best Male Playback Singer Award for five sequential years.