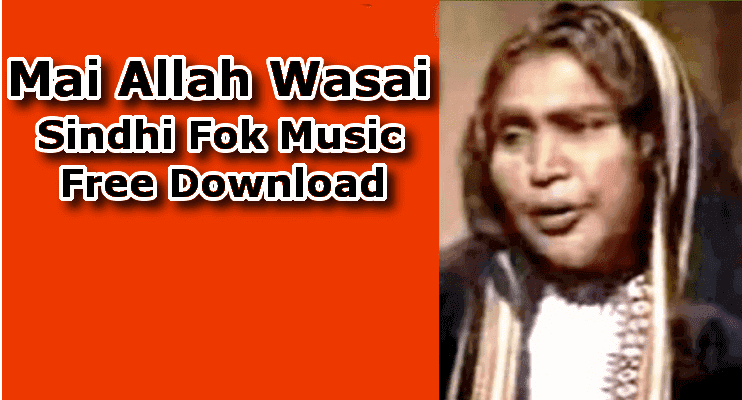 Mai Allah Wasai Sindhi Folk Music Singer. She was a great Artist of Sindh she has sung great Sindhi Songs and Sindhi Sufi Music. She was sung great songs in his own style with great Classical Mousiqui of Sindh.

Mai Allah Wasai was sung by the poetry of Hazrat Shah Abdul Latif Bhitai R.A, Hazrat Sahib Dino Shah, Hazrat Sachal Sermast R.A,  and other popular Sindhi poets. Mai Allah Wasai has sung in open Mehfils, Mela, and Shrine of Sufi Buzrigs in Sindh.
Her style of singing and her sweet sound is like the people of Sindh. Mai Allah Wasai sang a song old-style in the Grassroots areas of Sindh territory of Therparker Sindh and other local areas and she has also sung Sufi Songs.