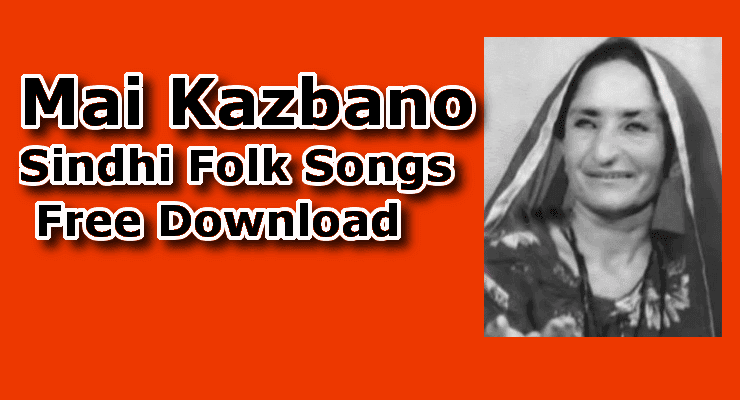 Mai Kazbano Sindhi Classical Music Singer. She was a great Sindhi Singer and she create a great name in Sindhi Music.  She was very popular with Sindhi Folk Music, Classical Music, and other local Sindhi cultural songs.

Mai Kazbano was a famous singer in the local area persons, she was called a versatile singer of Sindh, and her great styles of Sindhi songs were very popular among young and old generations of Sindh.  She sang poetry of the most popular Sindhi poets such as Arfana Kalams and Sindhi Kaffis.
Sufi Music. Sindhi peoples like to listen to her great songs from time to time in different (Mehfils), Marriage ceremonies, and other Festivals. Her sweet sound attracted hearts and now every time her Classical Music songs played in the streets, Shops, Hotels, and Vehicles. Mai Kazbano was popular, especially for Sindhi Folk songs.  I have selected below the most popular Music of  Mai Kazbano.

Mai Kazbano Sindhi Folk Music Artist and she belong to District Badin Sindh she was also popular in Therparker, Mirpurkhas, Thatta, and other areas of Sindh. She started songs in open Mehfils in the root areas of Sindh. She was the most popular artist and her songs are still played in Vehicles, Hotels, and homes in rural areas.