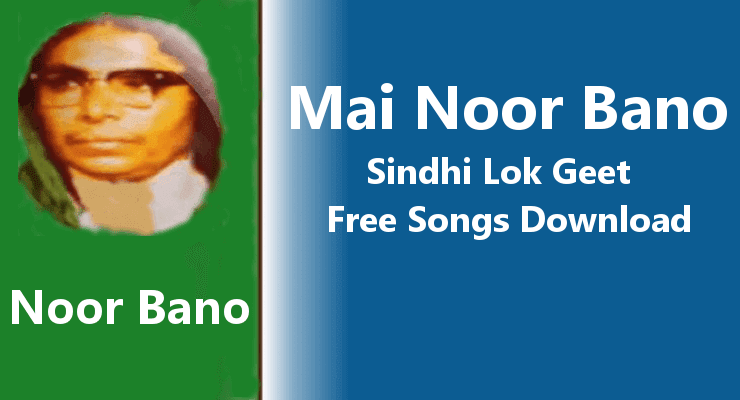 Mai Noor Bano had sung in open Mehfils, Mela and rural area marriage ceremonies, her communication with voice and people think that it is the Voice of Dard when we listen to songs of Mai Noor Bano our spirits drag us in past. She introduced herself village to the city, and she was very popular on Radio Pakistan Hyderabad.
Mai Noor Bano was very popular all over Sindh and Pakistan due to her great and sweet voice, her Sindhi Kafiyoon, Sindhi Kalam, and Sindhi Folk Music were very popular, her hit songs were “Mohinja Mait Ainda Moo Khi Doray Disanda” “Mohinje Mithren Maroen Te Kaker Chawe Kajan“. She was sung in the Sindhi language, and she has sung Sindhi cultural marriage songs.
Mai Noor Bano has sung a lot of great Lok Geet in the memory of Sindh Lok Cultural Music. She has sung Sehra and Super Hit Lok Geet in her own style.  I have selected below the best Sindhi songs of Mai Noor Bano

Mai Noor Bano Gopang was born in 1942, she belongs to Rip Sharif near Peru Lashari District Badin Sindh, later she shifted to Talhar Sindh. She was a great singer of Sindhi Folk Music, Sindhi Lok Geet.
Mai Noor Bano got musical training from Ustad Mithoo Kachhi, and Hayat Gopang. Syed Zaman Shah Rashidi introduced her on Radio Pakistan Hyderabad in 1965. Unfortunately, this Legendary Artist passed her last days in poor and miserable condition and died on 14 February 1999. I have selected above the most popular Super Hit  Sindhi Classical Music of Mai Noor Bano.