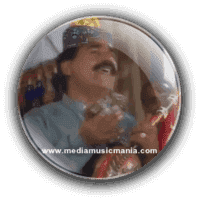 He has sung lot of great songs in Sindhi and Saraiki language. He had performed great role in popular Sindhi Music with “Chapri and Yaktaro“. He sung hit songs  all across the Sindh, young culture like very much his music.

His rendering of “Sindhi Kalam” divine and used to enthrall and transfix listeners, and transport them into a different singing Art of Sindhi Music. He sung poetry of popular Sindhi poets and he is very popular Artist .

His soulful rendition has been bringing solace to many a hearts in  young Sindhi culture like his music singing style. Muhammad Urs Chandio was famous Artist in Open Mehfils, specially he is called in marriage ceremonies and other events in Sindh.