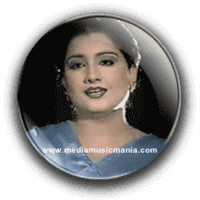 Naheed Akhtar Pakistani Ghazals Singers. She is most popular Pakistani Classical Music Singer.
She sung Pakistani Ghazals, Punjabi Folk songs,  Pakistani Filmi songs, she sung in different languages. Specially she is most famous Artist of Pakistan Film Industry.  Naheed Akhtar also  recorded hit songs in a choice  of styles, including Pakistani Filmi Music, Pop Music, Ghazals and Traditional Pakistani Music, Punjabi folk songs, Qawwalis, Naats. She has done lot of popular Shows on Pakistan Television she is great and popular singer of Pakistan Television. Naheed Akhtar is great singer of  Filmi, Classical Music  and Ghazals. She is also sung National Songs and she is  very popular due to her great talent, and she iswell known and famous among masses.  I have selected below most popular Pakistani Folk Music of Naheed Akhtar.

Naheed Akhtar was born on 26 September 1956, she is great Pakistani Playback Singer, she sung in Pakistani  Urdu and Punjabi Films, and she create good name in Pakistan Music. She sung in the highest number of Films and she is very busy film Singer of Pakistan.  She started her career  in 1970 when she sung a double act with Khalid Asghar in “Raag Malhar” at Radio Pakistan Multan.