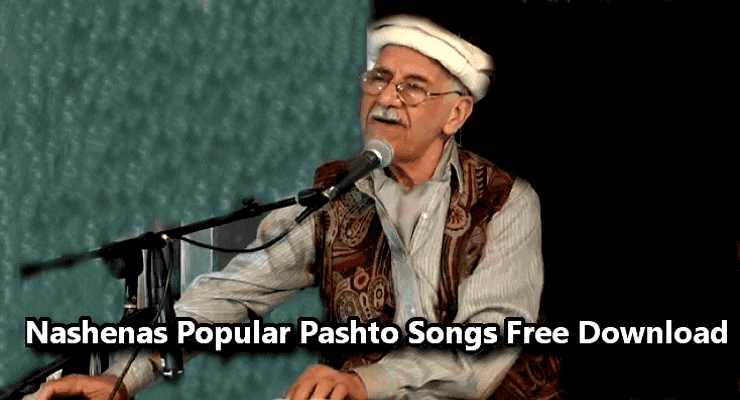 Nashenas Pakistan and Afghanistan Pashto Ghazals Music Artist. He was great Pakistani Pashto Classical Music, Pashto Folk Music, and Pashto Music Singer. He has sung a lot of great Songs in the Pashto and Urdu languages.

Nashenas was one of the oldest surviving musicians from Afghanistan, his reputation began in the late 1950s, and since then he has sung many albums consisting of Dari, and Pashto language, and also he has sung Pashto Songs, Urdu songs. He is called “The Afghan Saigal“.
Nashenas started an interest in Music in 1970 and then he traveled to the Soviet Union where he obtained his doctorate in Pashto literature from Moscow State University.
He sang popular  Ghazals of Allama Iqbal and other popular poets. He also participated in concerts in 2004 in  California, New York City, Washington, D.C., and Canada. I have selected below the most popular Pashto Songs of Nashenas.

Nashenas was born in 1935, in Kandahar, Afghanistan, his original birth name was Sadiq Fitrat Habibi.  He belonged to  Pashtun from the Sanzarkhel called the sub-tribe of the bigger  Kakar Tribe. He has also sung a lot of great songs in Afghanistan’s languages, Pashto, and other languages such as  Dari as well as in Urdu.

Especially he was very popular in Pashto Music. He has been living among the Afghan diaspora outside his country and is believed to be currently residing in London, England. He creates a name in Pakistani Folk Music,  Pakhtoon Music. This great singer died on 06 October 2016 due to Heart disease.