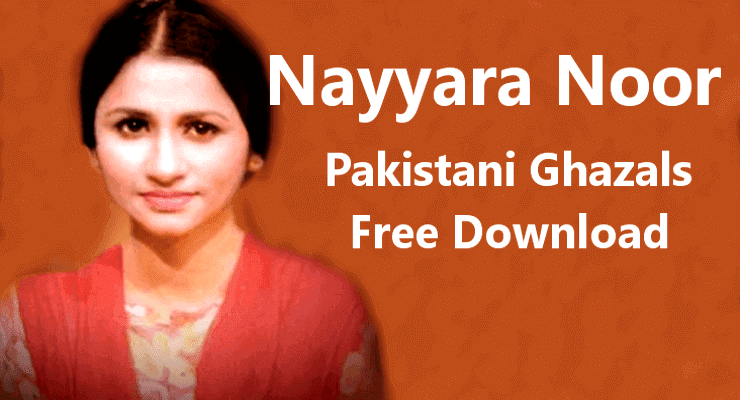 Nayyara Noor music is a popular Pakistani Music Folk Music Artist, she has sung as Urdu Ghazals Artist. She is the most popular Pakistani Classical Music Singer. She has sung Super Hit Ghazals, and Pakistani Songs and she creates a great name in Pakistan Music. Nayyar Noor started singing in his childhood such as Bhajans, and Ghazals.

Nayyara Noor did not get  Musical training, she was in College in 1968 and then her friends advise her to sing on Radio Pakistan. After that in 1971, Nayyar Noor started singing in Pakistani Television serials and then beginning with Films like “Gharana” and “Tansen”. Nayyar Noor sang the most popular Ghazals of Ghalib and Faiz Ahmed Faiz and performed with legends like Mehdi Hassan and Ahmed Rushdi.
Nayyara Noor is a great legendary Artist of Pakistan, her singing style in Urdu Classical Ghazals Music was given to her a legendary artist of Pakistan. She has since performed at countless Mehfils and Mushairas among Ghazal lovers in Pakistan and India. I have selected below the most popular Ghazals Music of   Nayyara Noor.

Nayyara Noor was born in 1950 in Assam, she has sung Urdu Ghazals and Classical Music, and also she is a great Artist of Punjabi Folk Music. Her family was a merchant class hailing from Amritsar who had settled in Guwahati in Assam State in North-Eastern India.
Her father was an active member of the Muslim League. In 1958 the family of Nayyar Noor returned back to Pakistan. Nayyar Noor is a great artist in Pakistan she has sung in Lollywood Movies and also sung Pakistani Lok Music and she has won three gold medals in the All Pakistan Music Conference and a Nigar Award for the best female singer.