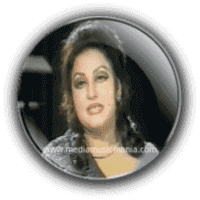 Noor Jahan was born 21 September 1926 in a village Kot Murad Khan. Madam Noor Jahan was Legendary Artist of Pakistan Music and Punjab Folk Music.  She sung at about 65 years. She won more than one hundred awards Pakistani Ghazals Music,  Folk Music and Pakistani Filmi Music. As century ended madam was taking her final bow, the voice that had conquered the airwaves for decades, went silent. President of Pakistan asked from Madam about her wish, she laughed,”when i die, i want it to be a public holiday” forty years later when she died on 23 December 2000 the following day a Sunday was a public holiday her wish granted, once again that holiday the entire nation was in mourning.