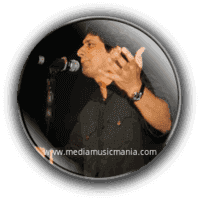 Jawad Ahmed Punjab Folk Music Singer. He  was born on 29th September 1970 in Lahore Pakistan. He is
great Pop Music and Bhangra Artist. His  parents who are both professors
of political science.

His father is ‘Professor and he studied
in Cathedral school, 4 Church Road,Lahore, and he got his further
education in  Mechanical Engineering at the University of Engineering
and Technology, Lahore Pakistan. He is master of Punjabi Songs.

His career in music is preceded by active participation in various societies including the music and the literary society at University of Engineering and Technology in Lahore and which he claims formed the basis of a serious consideration of adopting music as a career much later in his life. I have selected below most popular songs of Jawad Ahmed.

He had graduated and left the band named Jupiter. Jawad Ahmed has received no formal education in Music, most of his songs are written and composed by him. Jawad Ahmed was very popular due to his great  songs.

He has sung great Sufi song Allah Meray Dil Kay Andar which essentially showed a way to inner peace, a path forgotten much long ago.  He is one of the best Punjabi Folk Music of Jawad Ahmed released  popular albums such as Deewanay, Mehindi and others.