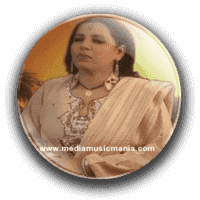 She is  famous singer of local area persons, she is called as versatile singer of Sindh, and Balochistan her great styles songs is very popular in young and old generation. She sung poetry of most popular Sindhi poets such as Sindhi Kalam, Sindhi Kafi, Sindhi Sufi Music, Sindhi Lok Geet, Sehra in Marriage Ceremonies.

Sindhi peoples like to listen her great songs time to time in different programs, Marriage ceremonies  and other Festivals.  Her sweet sound attractive the hearts and now every time her songs played in the streets, Shops, Hotels and Vehicles.  I have selected most popular Music  of  Samina Kanwal.

Samina Kanwal belonging to Sindh. She is very popular on Sindhi Local TV Channels and Pakistan Television and Radio Pakistan. She has sung great Sindhi Songs, Lok Geet in open Mehfils in Sindh and Balochistan.