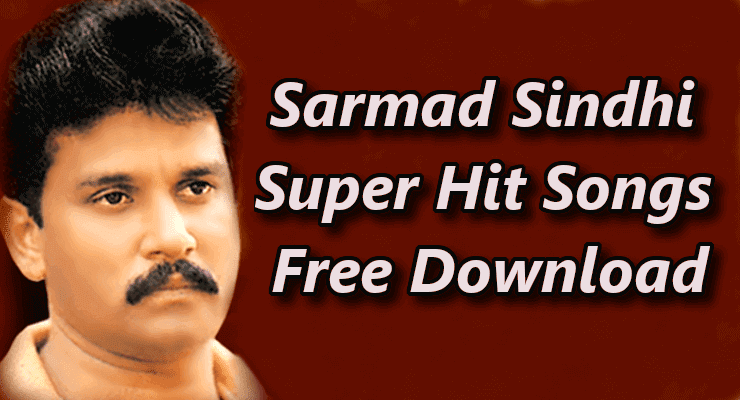 Sarmad Sindhi was a great Sindhi Folk Music Singer.  He was the most popular Sindhi Classical Music Artist of Sindh. He was a legendary Singer of Sindh and he has sung a lot of super hit  Sindhi songs in the Sindhi language.

Sarmad Sindhi was a popular Sindhi Artist and he create a legendary name in Sindh Music. His original name was Abdul Rahman Mughal. He was great  Lok Music, Folk Music Singer of Sindh. Sarmad Sindhi has sung a lot of great songs and also he was a famous Artist of Sindh.  Superhit Sindhi Folk Music of Sarmad Sindhi were memorable songs all over Sindh.
Sarmad Sindhi has sung “Sindhi Dherti” songs, in the love of Sindh. The Cultural Sindhi Music of the Artist was very popular all over Sindh and also abroad. He has sung the poetry of “Hazrat Shah Abdul Latif Bhitai R.A“, “Hazrat Sachal Sermat R.A“, “Ustad Bukhari“, and also the latest Sindhi poets.  I have selected below the most popular Sindhi Classical  Music of Sarmad Sindhi.

Sarmad Sindhi was a great Singer of Radio Pakistan Hyderabad and Pakistan Television. Sarmad Sindhi sung mostly in Sindhi but he had some hits in the Seraiki language as well. Sindhi peoples like Sarmad Sindhi all time this great Sindhi Artist will remain in the hearts of peoples for a lifetime.
Sarmad Sindhi has sung all kinds of music like Sindhi Folk Music, especially he was very popular to sing a lot of homeland songs he praised of Sindh Dherti. He died in a car accident on 27th December 1996.