Shreya Ghoshal Indian Playback Bollywood Music singer, she is the most popular Bollywood Artist, she has sung a lot of great songs in Hindi and other languages.  She has sung Indian Folk Music, Classical Music, and other Award-winning songs and her songs still are most famous all over the World and also she is the most listening Artist of India. 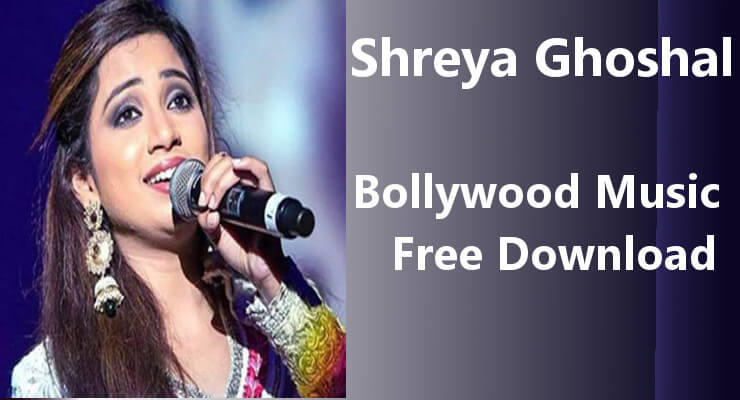 Shreya Ghoshal is the most famous Singer in the Bollywood Industry of Music.  She has recorded songs for Film Music and collections in different Indian Languages and has built up herself as a main playback Singer of the Indian Silver screen.
Her first studio album was “Bendhechhi Beena“, which was released on 1 January 1998, with 14 tracks and also released latest Albums are “O Tota Pakhi Re”, “Ekti Katha 1999”, and “Mukhor Porag 2000“.
Shreya Ghoshal recorded Bengali Studio Album “Rupali Raate 2002”. Shreya Ghoshal recorded Devotional Songs in Albums like “Banomali Re 2002” and later, Krishna “Bina Ache Ke 2007“. I have selected the Hindi Music of Shreya Ghoshal.