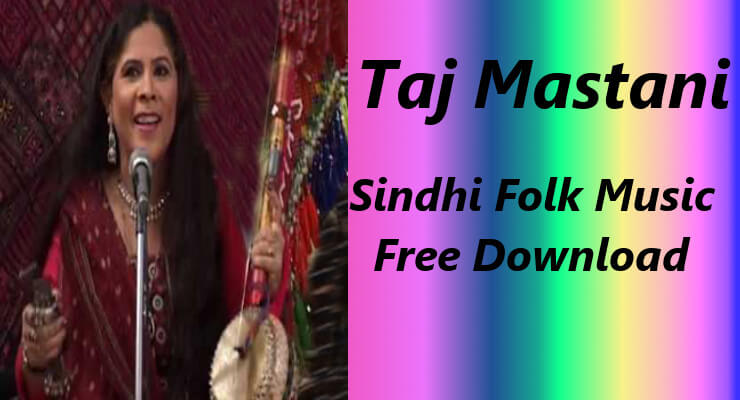 Taj Mastani made a great name in Sindhi Classical Music. She has sung in the Sindhi Language with her own style and she is very popular due to the singing Sufi style songs. Taj Mastani all around performed in different local Programs on  KTN TV and other TV Channels in Sindh. She has sung in open Mehfils, Mela, and Shrine of Sindhi Buzrigs in Sindh, and her Dhamal of Hazrat Lal Shahbaz Qalander R.A is very popular all over Sindh.
Taj Mastani has sung Songs in her own style in different programs and events. She is among the finest entertainers in Sindhi Folk Music, and Sindhi  Sufi Music, Established Music, Society Music. I have chosen below the most well-known Sindhi Songs of  Taj Mastani.

Taj Mastani is the first Female Artist of Sindh, she has sung on “Yaktaro and Chapri” as Lok Music and Sufi Singer and art of super hit Sindhi Music. She is a very popular Artist of Sindh on Local TV Channels.
Taj Mastani is very popular all over World due to her great own style with Yaktaro and Chapri. She has shown up great music programs in Sindh and also she has performed in foreign countries, she is very famous in Sindhi Sufi Rang. She has performed Sufi shows far and wide, she is sung songs of “Sindh Dherti ”