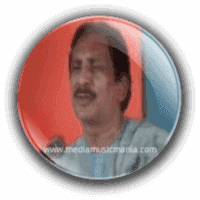 
He is still called a singer of “Dard “.  He is great singer of  Punjab and he create great name in Punjab Folk Music. He is very popular due to Sad Songs in Punjab. He is best of one from folk music of Punjab artists.

Talib Hussain Dard is great Classical Folk Music Singer, Punjab Cultural and Lok Music Artist and he is famous Artist of Punjab Musician Art and he sung such type of songs which peoples like. He is very popular in all over Punjab and  Pakistan. His old music of Punjab songs are still very popular.


Talib Hussain is well known Punjabi Folk Singer and famous on Radio Pakistan. Specially Punjab Music is very popular in all over the world. Punjab is famous about Punjabi Folk Music, Arfana Kalaam and Sufi poets are very popular.

He started singing in local marriage  ceremonies  and other events in Jhang District. His first album was released from Pak Gramo Phone Agency Jhang. The  peoples of Punjab specially Jhang, Sargodha, Mandi Bahwal Din and other root areas of Pakistan like his all albums.